It's true- I haven't decorated my Christmas tree yet. In fact, I haven't even put it up. Though, to be fair, we may actually be getting a real tree this year (for the first time in 9 1/2 years!) so I've been putting off dragging the fake one in until we've decided.

BUT I do have a plan for the tree, fake or fresh. It's going to have a woodland theme with a cranberry/green/bronze color scheme. I am soooo excited! I've started collecting both outdoors and in stores. Here's some of what I've got so far. 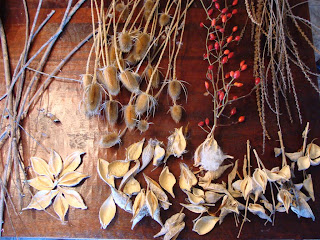 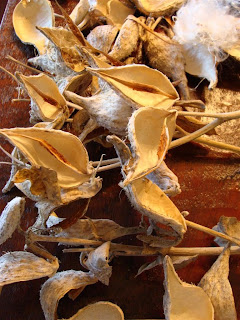 I'm trying to figure out how/if I can make a star shaped tree topper with some of these... 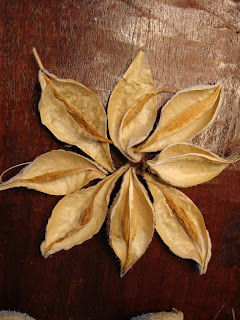 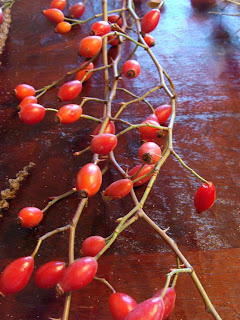 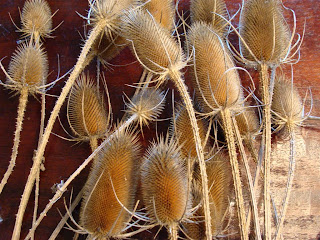 I don't know what the heck these are, but they're cute. 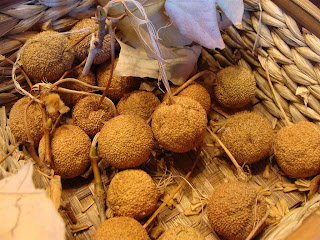 And of course acorns. I LOVE ACORNS! 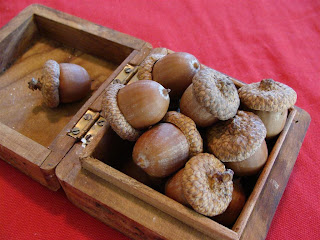 Last night I made a batch of cinnamon ornaments using this recipe and tutorial from Martha. They smell like Christmas. 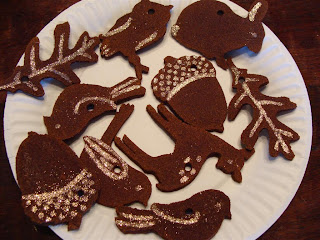 I bought the bronze (even though it looks gold on here) glitter at Michael's. It's also from Martha- heh. Weird.) 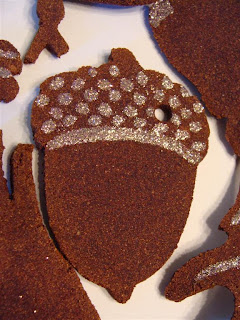 Michael's also provided me with some pine cones, fake birds and nests, and some cranberry and moss green glass ball ornaments. I'm also hoping to add some faux eggs, feathers, ribbon, burlap (for the skirt) and other pretty woodland-y items. There will be more cinnamon ornaments made, more critters, maybe some bugs this time. I don't know. But it's gonna be pretty!
Posted by Sarah at 3:01 PM