Before and After: Tufted Ottoman

This ottoman is getting a post of its own, mainly because it turned out to be quite a challenging project. My friend spotted it when we were at Idaho's Largest Garage Sale together. Here's what what it looked like then: 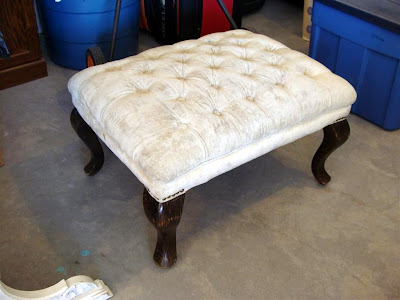 That photo's kind of deceiving. It actually looks kind of nice up there. But trust me when I say that in person, it was the opposite of nice. 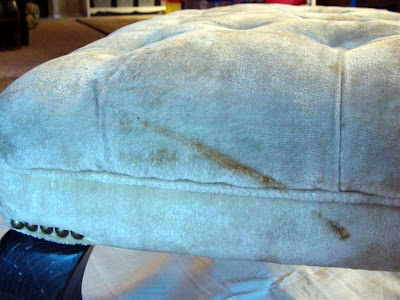 The fabric was dirty, dingy, stinky and covered in suspicious looking smears and stains. 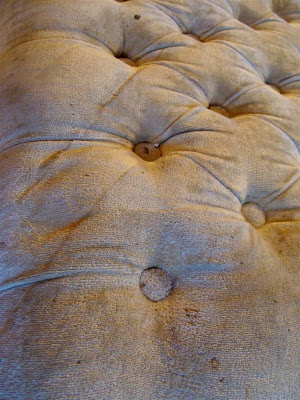 The buttons, cording, fabric and stuffing came off, then I used the foam from a crib mattress that I had to replace the stuffing. I marked out the design where the new buttons would go... 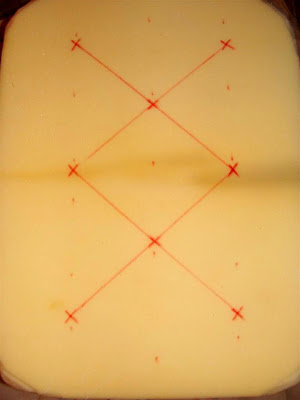 ... and trimmed off the corners of the foam to soften the shape. After that, a layer of quilt batting was stretched and stapled over the foam. 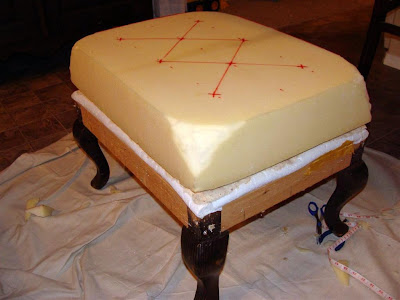 My friend provided her fabric of choice, so I got started by making new buttons and began tufting away.
Lesson #1: Pulling and tying knots in nylon cords is not a job for bare hands. Ouch. 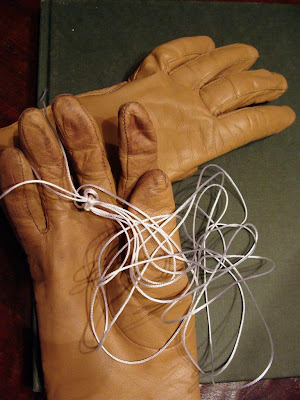 After I got the buttons on, I ran into problems when I came to the corners. I just didn't like how they were looking no matter what I did, so I had to leave it alone for a few weeks until I could figure out what to do about it. Luckily I have a very patient friend, so there wasn't any added pressure of having to finish it right away.

Once I was ready to try it again, I settled on how to tackle the corners and pressed on.

After I got almost all the way done, I decided that I hadn't pulled the buttons tight enough. So I clipped them all and started again, this time keeping Lesson #1 in mind.

Lesson #2: Folded pieces of webbing DO NOT always keep knots from pulling through to the front. 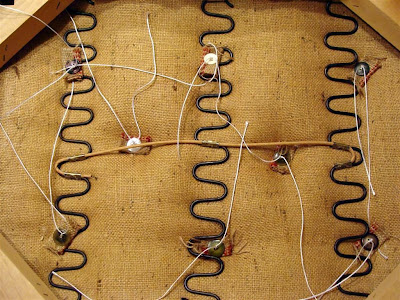 Buttons WILL always keep knots from pulling through. 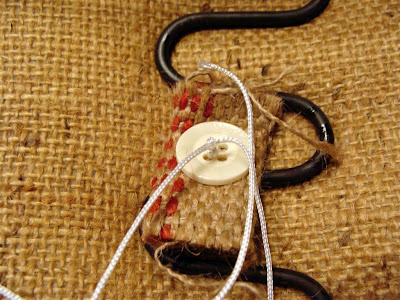 Lesson #3: Hand made buttons can only stand so much pressure... 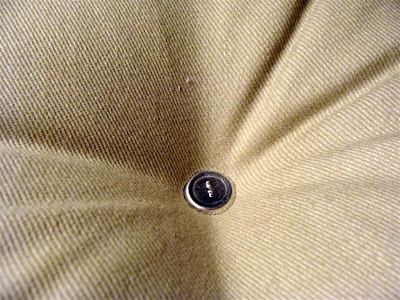 ... before they pop their tops. 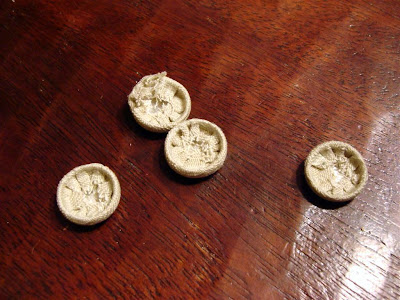 Lesson #4: A hot glue gun can rectify this quickly and easily.

Lesson #5: Tying a slip knot 100+ times on one project does not guarantee that you'll remember how to do it on your next one. Keep a reference book handy. 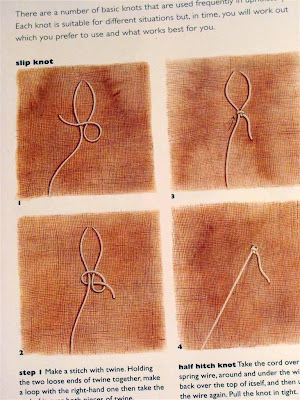 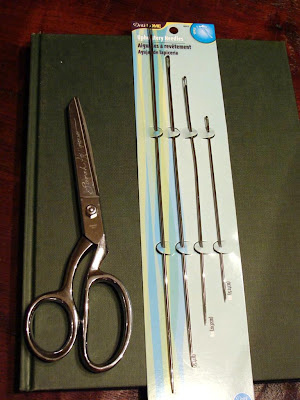 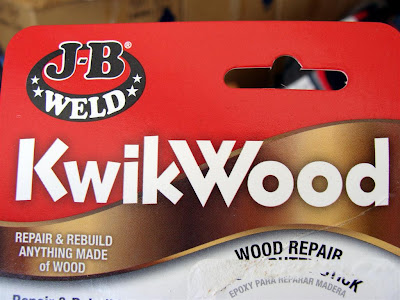 ... is just the thing for leveling an uneven leg. 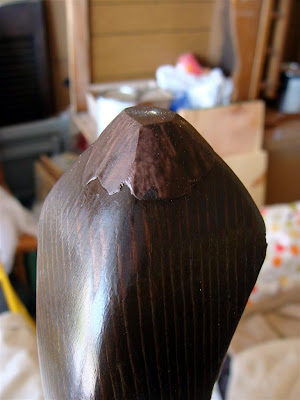 And here it is all done and in its new home. 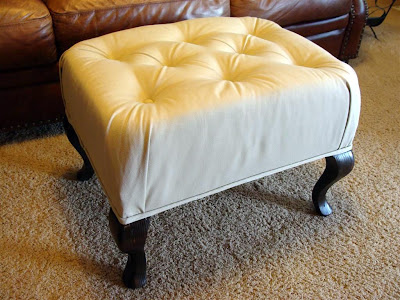 I'm afraid it's not as cute as it once was, but it's definitely much less filthy and putrid. I hope she likes it. 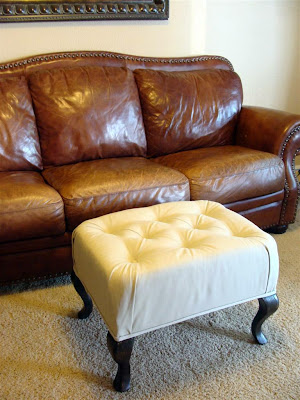 Lesson #8: Sometimes you just need to walk away from a project for a while to figure out what needs to be done. Come back to it when you're less frustrated and have had a chance to mentally solve your problem. That may be all it takes to get a finished product that you're happy with.
Posted by Sarah at 8:00 AM

Labels: before and after, thrifting, upholstery, used furniture

It did turn out SUPER cute!-Megan H