At last, I have a finished project to share!  Not that I haven't been doing things and making stuff, but for some reason I just haven't taken the time to stage and photograph anything for a while.
This little jewelry organizer project has been long overdue.  After we moved, my earrings were stored in a tiny little pouch, jumbled and mixed up and exasperating to sort through to find the pair I wanted.
My necklaces had been laid out and then rolled up in a pillow case for transportation, but then what?  Previously they were all hung on pushpins stuck into the wall just inside my closet.  It worked fine, but that whole "out of sight, out of mind" saying definitely applied.  I hardly EVER wore them, so I was determined to display them somehow.
This organizer is nothing new, and certainly not anything earth shattering.  Just browse Pinterest for about 3 seconds and I'll bet you find a dozen just like it.  But let me tell you, it's been a long time since I've appreciated an afternoon project so much! 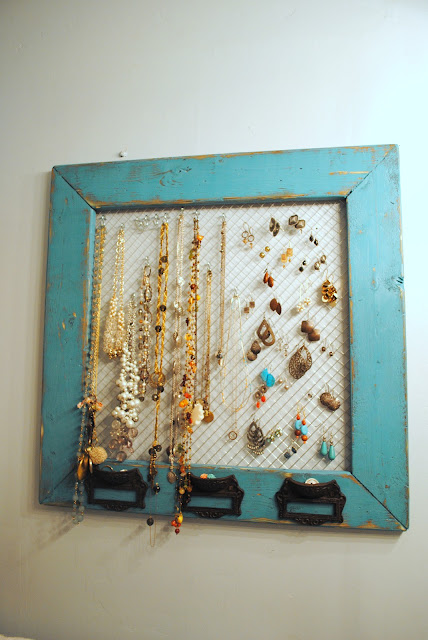 I started with some inexpensive whitewood boards and bought myself a miter box and back saw for $15 for the set.  The wire mesh is sold in a roll in the gardening section and costs under $10.  Originally I'd wanted to use that pretty metal sheeting with a clover pattern punched in it (I think it's used to cover radiators) but at almost $30 for one sheet you know THAT ain't happening. 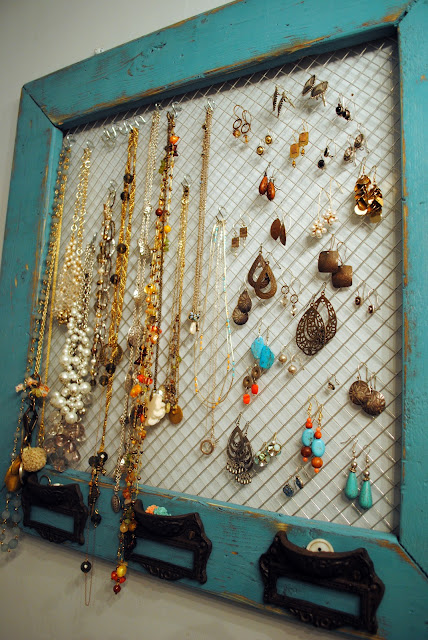 I measured and began cutting my boards with my miter box, but that back saw was just too slow and labor intensive.  So I made a few passes with it to give myself a good start on the cut, then finished with my jig saw.  MUCH easier.

My cuts weren't perfect, but for a first time project using mitered cuts, it was fine.  I glued them together with Gorilla Glue and later nailed them at the corners with some brad nails for extra strength.

After painting and distressing I stapled the mesh to the back on the diagonal because I wanted diamond shapes instead of squares.  Because I'm weird.  ((And P.S.-- WEAR GLOVES!  That junk is sharp!)) 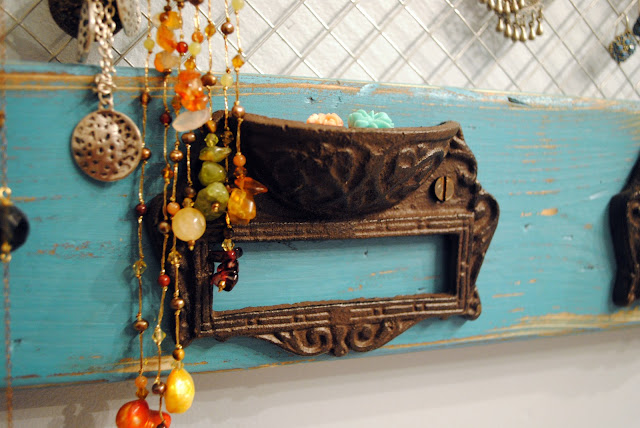 Finally I added these pretty metal bin pulls (upside down!) that I got on Decor Steals for a couple of bucks apiece. They're just what I needed to keep my post earrings and hoops and extra backs nearby. Maybe someday I'll even make labels for them! ;) 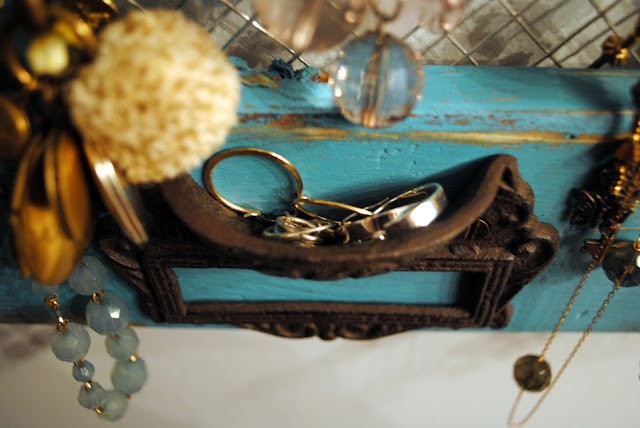 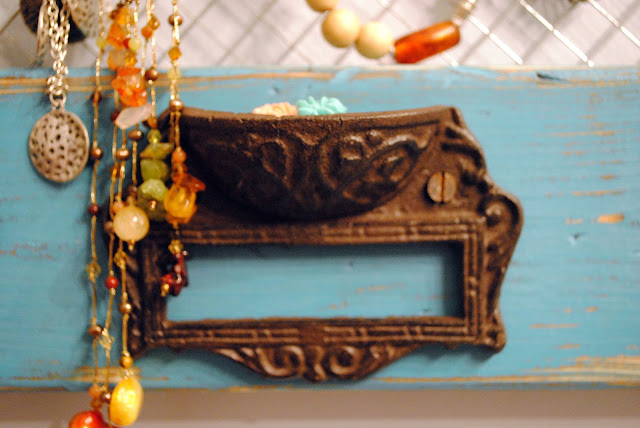 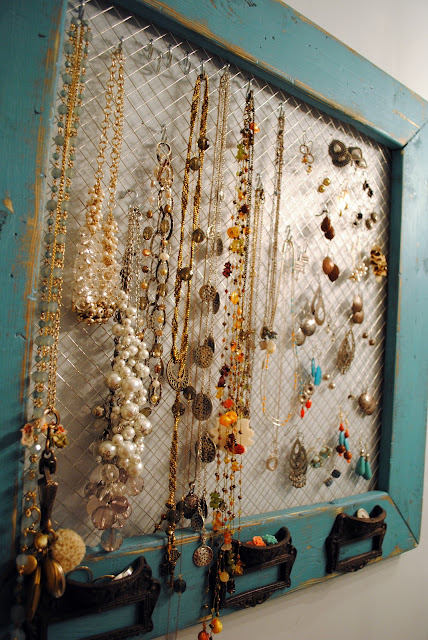 There are lots of imperfections and things I would do differently if I did this project again, but that doesn't make me any less happy with the outcome.  It turned out like I wanted it to and I love it.  Mistakes and all. 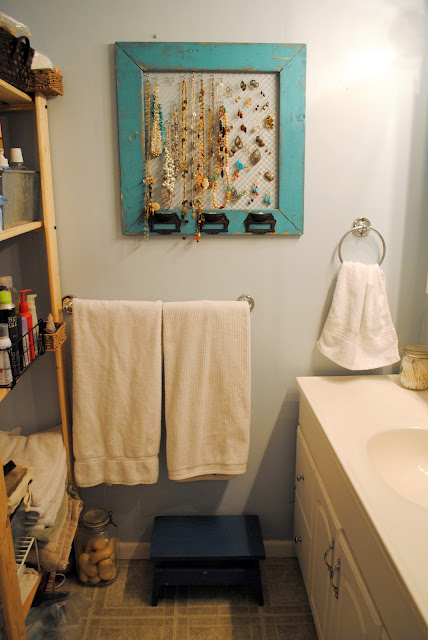 very nice....I would love to give it a try! Maybe I could give them to my sisters for Christmas.

I'm mailing this idea to my daughter-maybe she will make one for me too!

That is very clever! I haven't seen many good tips on how to store dangling earrings while still displaying them, but that is great.

This looks great! Just a note, I wouldn't put my jewelry in the bathroom...all that steam and condensation will oxidize the different metals and ruin your lovely pieces!

Well, I think this is very excellent to study and know about.Sportsmans Guide coupons

hi, this blog is very good indeed,insightfull and worth to visit ..teacup kittens for sale

I've been searching around for this site after I caught wind of them from a mate and was excited. You rock.Silver Jewellery