This weekend I went to a baby shower for a neighbor friend of mine, and until the night before I'd only planned to give her a pair of baby shoes as a gift. Then I came across an idea online that I wanted to try to recreate myself.

I'd seen where some vintage blocks were used to spell out the baby's name and were accompanied by some adorable miniature animal toys. The little display was then photographed and sold for $18 per print. As much as I would have loved to give her one of those darling prints framed and ready to be hung in her nursery, I didn't have the time as her shower was the very next afternoon.

Instead I got up the next morning and dug through my kids' baskets of toys until I'd found all the blocks that we own, and set up my own little photography session by a big window in my dining room.

Here's the original photo I ended up using. I used a large sheet of white paper on a dining room chair as my backdrop. I put my camera on the Macro setting (the little flower symbol) and kept my overhead lighting and flash off. I just used what was coming through my east facing window. As you can see in the lower left corner, I accidentally got a little bit of the chair in the shot. Grrr. 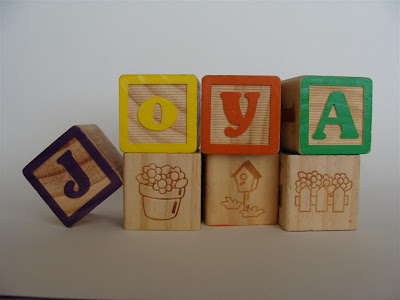 First I used Picasa to edit the photo. Here's what the photo looks like after using the "I'm Feeling Lucky" basic fix feature. 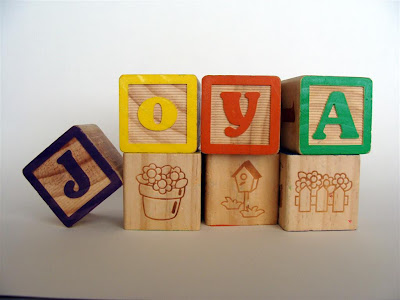 Then I used the Glow effect to make it look a little softer. 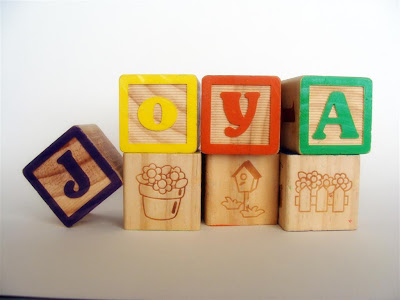 I cropped out that annoying sliver at the bottom... 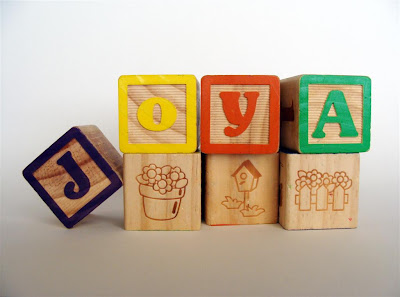 ... then used Photoscape to add a pretty vignette around the edges. 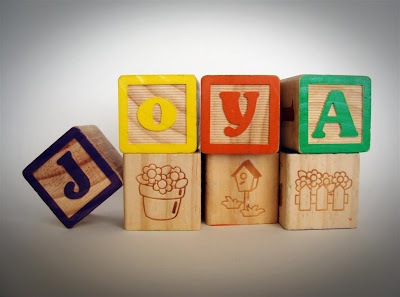 I ordered an 8x10 print with WalMart.com and picked it up in an hour at my local store. I was in too big a hurry to take a photo of the finished project, but I ended up "matting" it with some purple fabric from my stash in the same way I'd done these for my son's room. 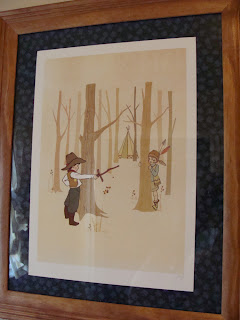 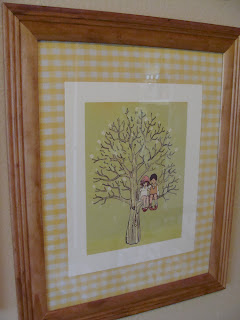 A white 10x13 frame that I already had made the whole thing turn out nicely. I may just have to do this with my own kids' names! I really like the idea of putting special toys in the photo as well, so if you try this look around to see what items you can add to the photo for a personal touch.
Posted by Sarah at 10:33 AM

Love how this turned out! Amazing what a little editing will do! :)

Cool! I'm going to do the same with my childrens' names, too!