Sometimes it's fun to just walk through Target and see what kinds of deals I can find. Recently I came across this curtain by Dwell Studios that had been marked down from $19.99 to $5.06. It had been opened and taped shut again, but otherwise there was absolutely nothing wrong with it. 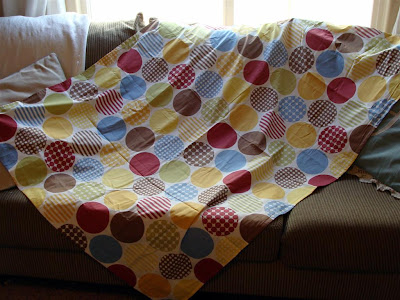 I love, love, love that big, fun polka dot print and even considered buying this very same crib set for my baby way back when. But since I ended up making his bedding and don't need a polka dot curtain panel in any of my kids' rooms right now, I decided to turn it into a blanket instead. 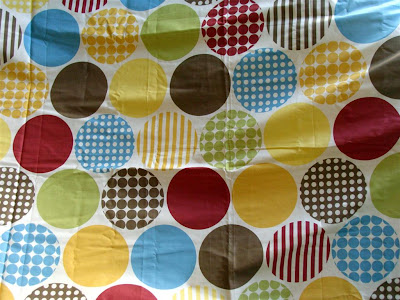 The edges were already finished and it had a liner for the backing, so that cut out several steps for me. 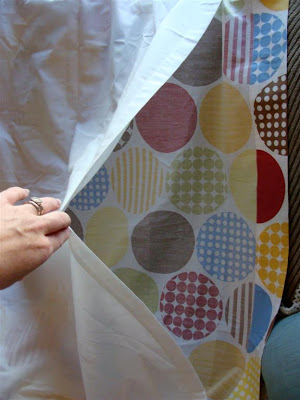 I laid the curtain out on the floor, then placed a roll of cotton batting on top of that. 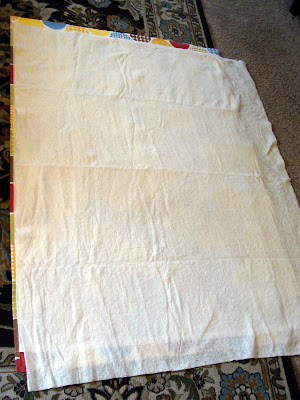 I trimmed down the batting to be the size I wanted... 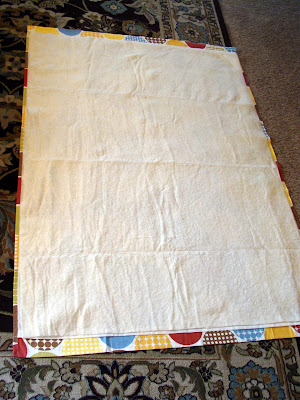 ...then tucked it in between the two layers of fabric and pinned it along the edges. 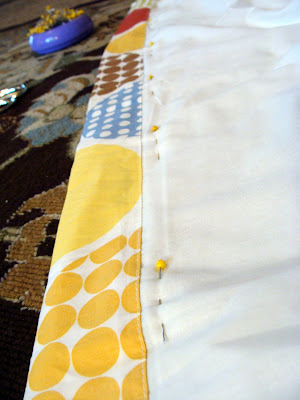 I sewed the batting in place on all 4 sides, then used some safety pins in the middle to keep all 3 layers together while I hand quilted some of the circles. I really like the bunchy look you get when you pull your running stitch tight. 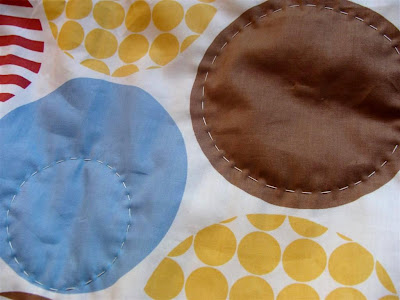 And here it is all done! I don't know if you could call this a quilt since it isn't made up of lots of little pieces of fabric, but I did enjoy doing the hand quilting on it. It's really relaxing and gave me something to do while I watched movies on the couch. 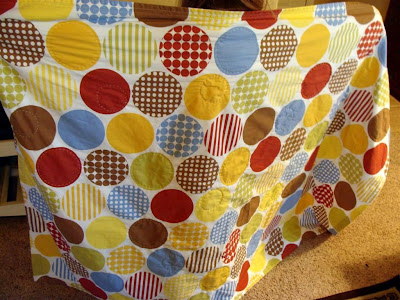 Here's the other side with the stitched circles. 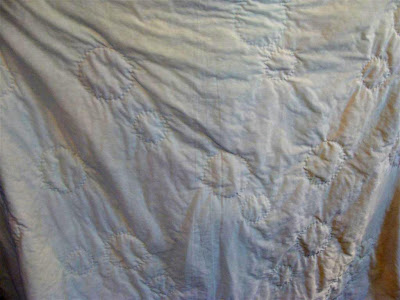 This little girl asked me before I was even done if the blanket was for her, and since I didn't have anyone in mind to give it to I decided she could have it. Besides, I haven't made her a blanket in a long time. She deserves a new one. 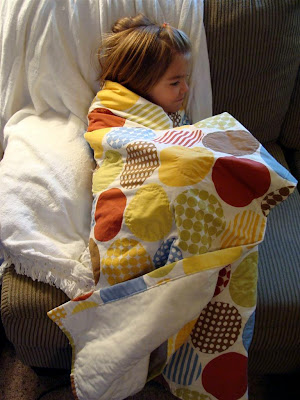 Super cute and it totally counts as a quilt, just not a "pieced" quilt. Good work, as always! :)

Very cute and not something I would have imagined.

My mother called an un-pieced quilt a "counterpane". She had onto that was solid blue on one side, and solid yellow on the other. It was quilted, but I was too small to care about those things, so I don't know if it was hand done or not. Must have been, because it was old when I was born—in 1950.