We had an exciting event take place at our house today- this young man lost his first tooth! 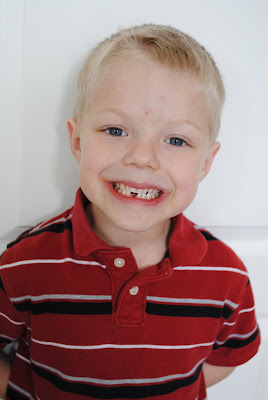 It was only a few minutes before it came out that I even realized it had gotten so wiggly, and that behind it a grown up one was peeking through, ready to take its rightful place up front. (That seems to be the trend with my kids.)

Of course he would need a safe place to keep that precious little gem until the Tooth Fairy makes her visit, so I postponed some furniture painting in order to do a little bit of sewing this afternoon. Instead of a tooth pillow like I'd made for big sister a couple of years ago, I decided on an envelope for my guy.

Here's what I did, in case you'd like to make one, too. (This may not be the correct way to make an envelope, but I was too lazy to look it up so I just kind of did what I thought would work. I'm sure there are tons of other better tutorials out there that you could use if this one doesn't make enough sense!)

Start with a 4"x4" square of felt. (You can adjust the size if you want it bigger or smaller.) 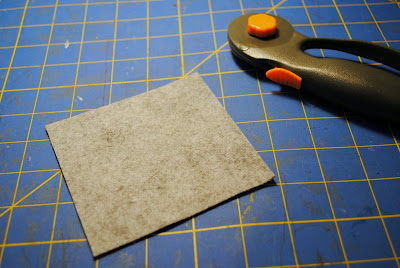 Round off two opposite corners (if you want). 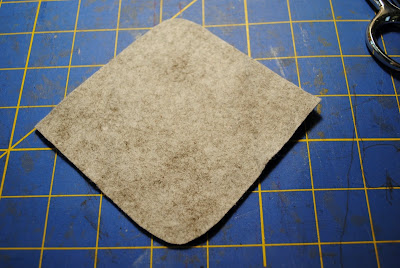 Fold in the two remaining pointed corners so they're touching. 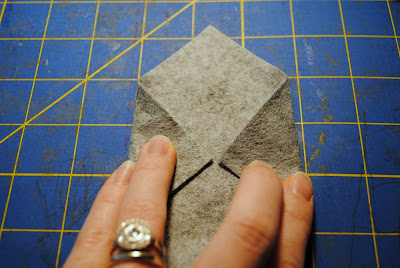 (I forgot to take photos when I did this for the bottom of the envelope, so let's pretend the photos below are actually of the bottom and not the top. But you'll do the same thing for the top as well.)

Fold the bottom rounded corner up and over the two touching corners. You'll notice that the folds at the top are a little bulky and unsightly. 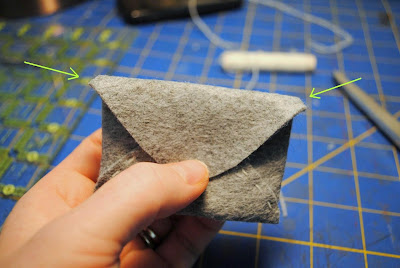 Press those folds flat with your finger to create creases in the felt. 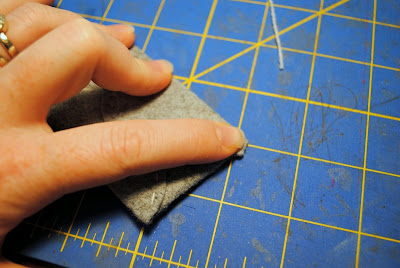 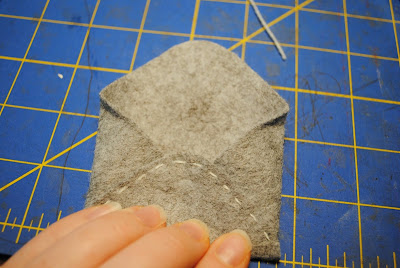 Snip along the creases.

I highlighted my cuts with green below to help you see it better, though your cuts will actually be a 90 degree angle. 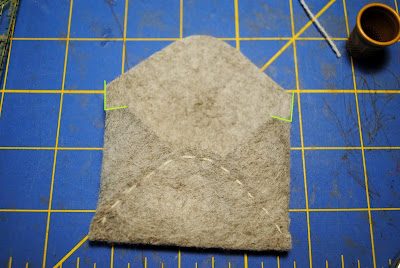 Here's what your square will look like when it's unfolded. (See those 90 degree cuts?) 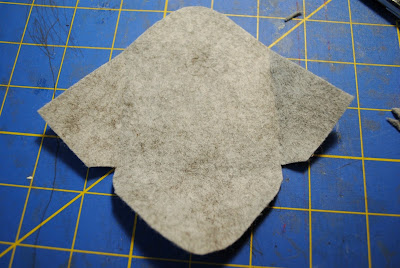 Fold your side corners back in... 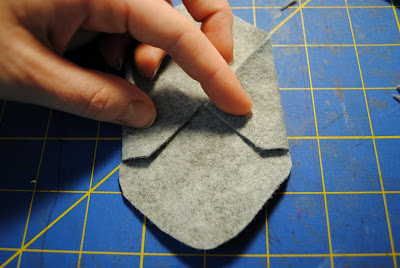 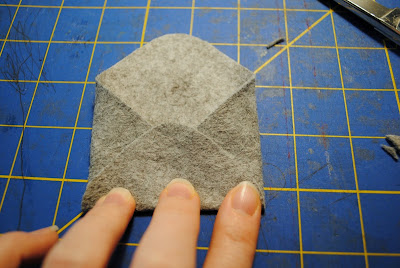 ...and secure them together with pins. 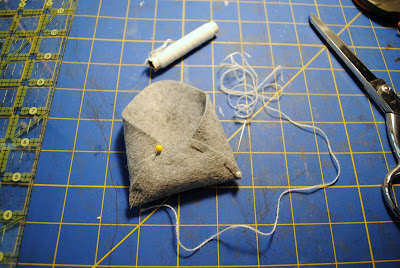 Using some embroidery floss, sew the sides and bottom together using a simple running stitch. 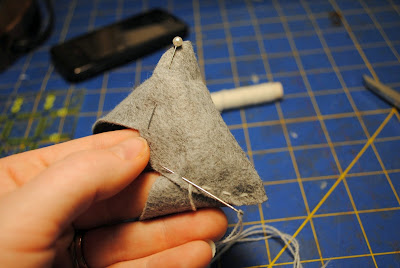 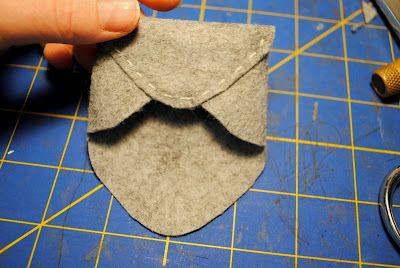 Starting at the inner corner of one of the sides, make a running stitch that goes along the upper edge of the side, then over the top flap and down the top edge of the other side. (That sounds complicated. Just look at the pictures and you'll see what I mean.) 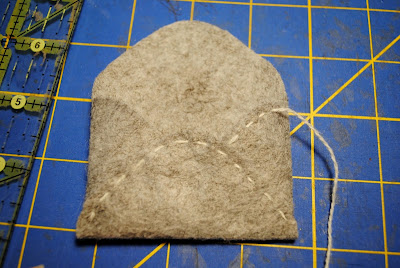 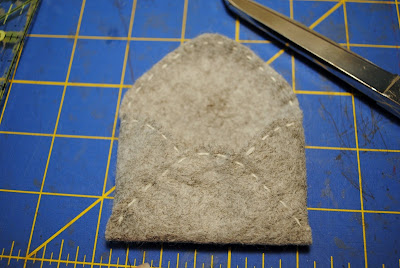 If you want to embellish your envelope you certainly can. How cute would a tiny embroidered tooth be on that top flap? I chose to add my little guy's initial.

And don't forget to add some sort of closure. A snap would be great, but I didn't have any handy so I stitched on a tiny button and just cut a small slit in the top flap for it to go through. 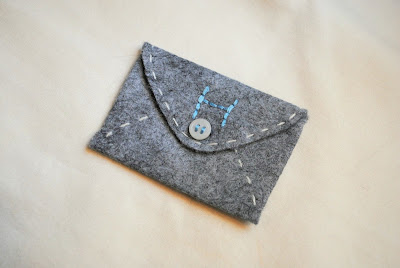 Press your envelope with a nice hot iron to get the creases to stay put.

Now hand it over to its new owner and watch their excitement as they bury it under their pillow in anticipation of that first magical visit from the Tooth Fairy! 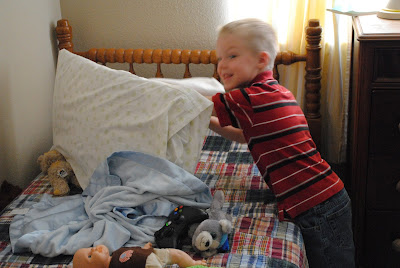 This is so adorable! Found your blog via Pinterest (your ink transfer tutorial). Love your blog. New follower!