I can honestly say that the Nasty Chair is no longer nasty. It's still Naked, though, so its initials will remain NC for now.

Yesterday morning I applied another coat or two of paint (I've lost track of how many it has now) and let it dry all day. Then after I'd gotten the kids to bed I began rebuilding the seat and back.

First I put on the webbing, which is really, really easy to do. 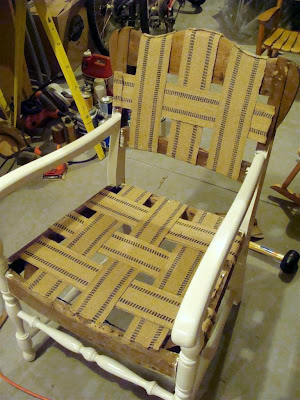 I used a method that the nice upholstery guy suggested, which is to basically double the webbing over itself so you've got twice the support. You can kind of see the double layers going in each direction in this photo. (I only did that to the seat, though, because the back doesn't have to sustain as much pressure and I was running out of webbing.) 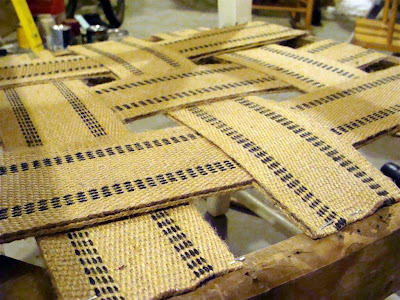 The webbing gets covered with burlap to keep the stuffing from falling through. 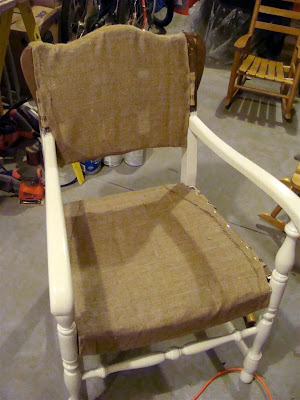 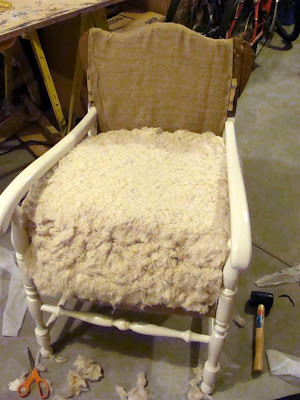 Upholstery Guy said that if I want a 4" high seat cushion, I'd need 8" of cotton batting because it compresses so much. After I took this photo I realized it was probably a little much, so I took off a layer. This stuff can be cut with scissors, but I mostly just tore it with my fingers to get it the right shape then teased out any lumps and gave the front a smooth curve. 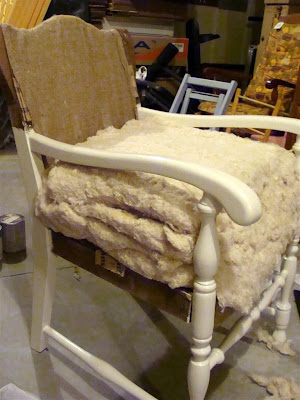 Before I put the cotton on the back rest I had to secure the cotton on the seat with a layer of Dacron (a sheet of polyester batting) so it would stay put when I layed the chair down. Dacron is stretchy but will tear, so I had to be careful when pulling it over the cotton and smoothing it down. 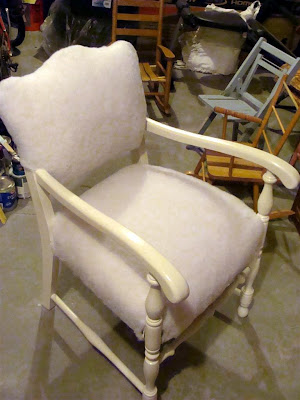 Now Nasty Chair has become Naked Chair and just needs to get some fabric on her! Oh, I'm so excited! My hubby's in Mexico for work this week so I hope I can get this done before he comes home Thursday night. I keep telling him how cool it's going to be, but I'm not sure if he believes me.
I can't blame him. I mean, look at this tragedy! 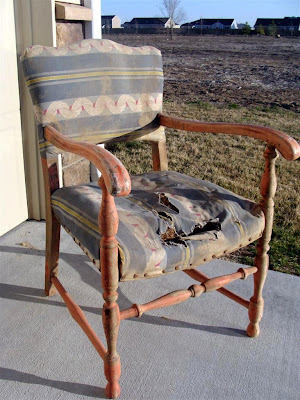