Before and After: 'Tater' bin and Wooden Stool

What would you call this thing, anyway- a potato bin? I don't know. I just know that when I saw it, I knew it could be waaaay cuter. 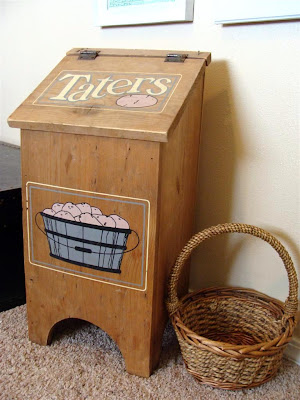 I sanded off the paint, but it still left behind a light impression of the image. In the picture below you can faintly see the image of the basket still on the wood even after the paint is all gone. 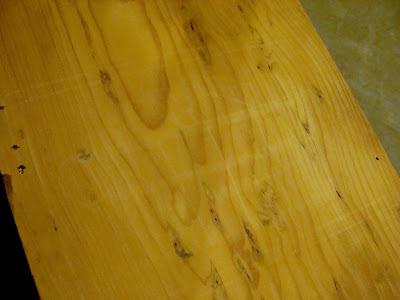 So some major re-painting was required. 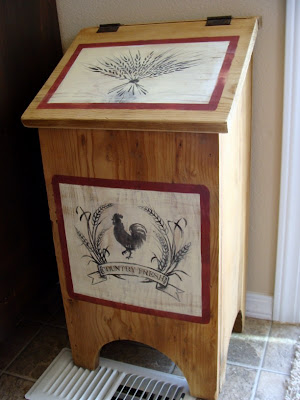 I knew I wanted to go with a country theme, so I searched the Internet for images I liked. I found several that I put together the way I wanted, then I used my trusty reverse-printer-transfer method to help me out with the hard part. 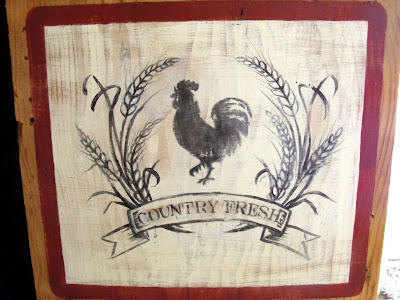 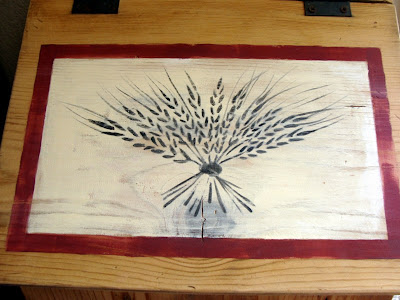 When I originally posted about this bin I thought of it as being good for holding pet food, recyclables or plastic grocery bags. But really, it could be used for just about anything now- definitely not just taters! 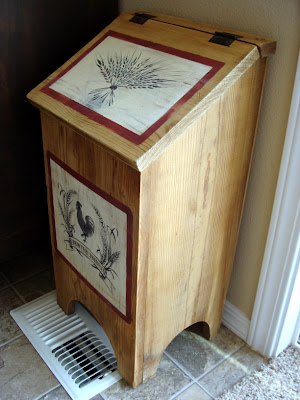 This next project was a simple one. I'd seen it at "the crap store" but passed it over. The next time I went back it was still there so I grabbed it and another item and only paid $2 for both. 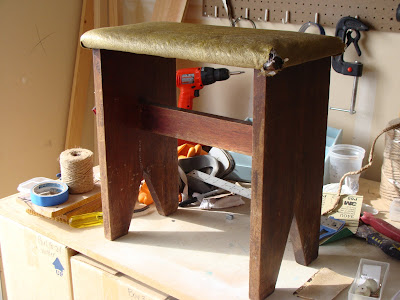 The once-metallic-green-but-now-too-dirty-to-identify-the-color embossed vinyl covering the top was NASTY. 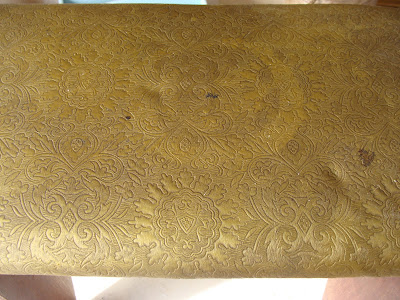 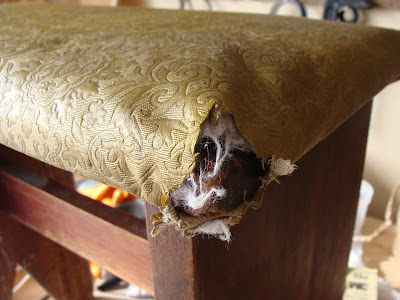 Once the old vinyl was off it actually didn't look too bad. Definitely an improvement already. 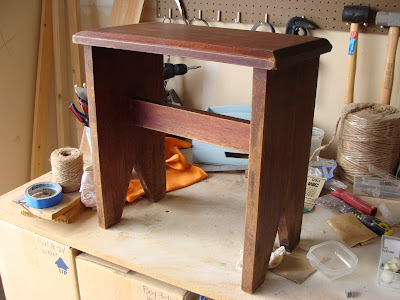 But I wanted to brighten it up, so Heirloom White came to the rescue. 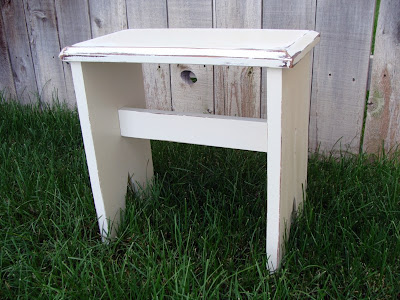 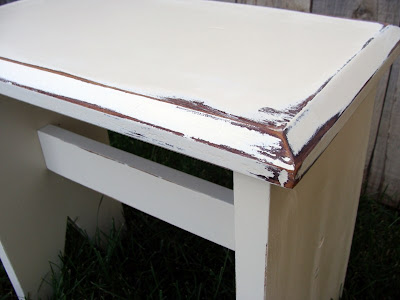 Now, instead of rotting in the corner of a store so full of stuff and cigarette smoke that you can barely breathe, it can sit in just about any room of any home and look perfectly charming. 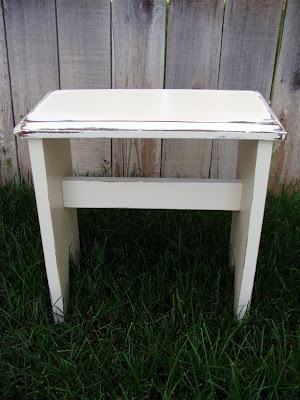 Breathing new life into unwanted items- that's what I'm all about here, people.
Posted by Sarah at 8:00 AM

Labels: before and after, furniture refinishing, painting, thrifting, used furniture